ARENA TOUR WITH SUPPORT FROM PARTYNEXTDOOR AND CHARLI XCX THIS FALL 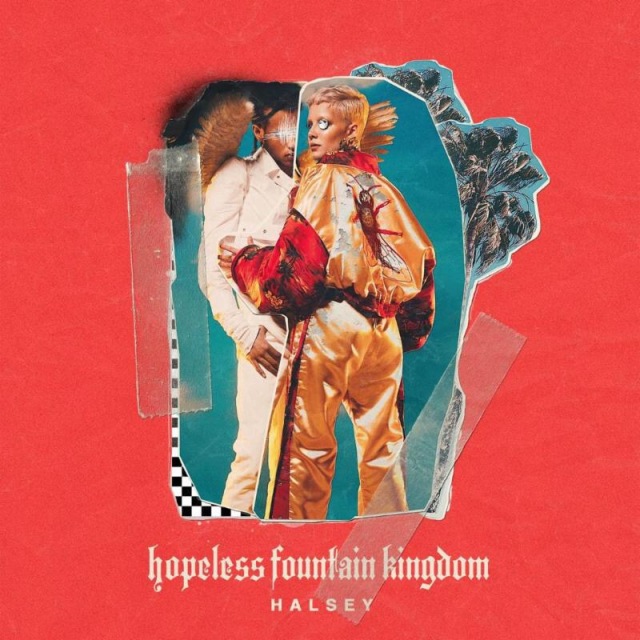 New York, NY (June 2nd, 2017) – Today, GRAMMY® Award-nominated multi-platinum alternative pop maverick Halsey releases her second full-length album, hopeless fountain kingdom [Astralwerks]. hopeless fountain kingdom, which Halsey executive produced alongside Benny Blanco, Greg Kurstin, Lido and Ricky Reed, features guests such as Quavo, Lauren Jauregui and Cashmere Cat.
“Halsey could write down what was in my refrigerator and somehow make it feel poetic,” says Benny Blanco, who produced the lead single ‘Now Or Never’. “She has the ability to make you both smile and cry at the drop of a hat and make it feel effortless all at the same time.”
hopeless fountain kingdom unfolds on the road this fall with Halsey’s eight-week headline tour, kicking off September 29th with PartyNextDoor and Charli XCX as support. In the meantime, the making of the album was energizing.
“[Halsey] has a strong point of view and she really puts a lot of thought and care into her lyrics,” says producer Greg Kurstin.” I found writing with her inspiring.”
“I had no idea how incredible of a writer [Halsey] was before we met,” notes producer Ricky Reed. “She would come in and describe some kind of crazy visual scene for me to soundtrack: ‘I am picturing Jimi Hendrix solo-ing in a Roman Cathedral, light pouring through the stained glass, but he’s in, like, a Hawaiian shirt.’
“I feed off that kind of crazy inspiration,” Reed continues. “So I would build the track off her vision and by the time I was finished she would have the poetry to match. She’s brilliant and a living legend to me.”

Halsey first stormed the pop culture kingdom in 2015 with her album Badlands, which now has five gold and two platinum singles. Her debut crash-landed at #2 on the Billboard Top 200 and earned a platinum-certification in under year. She sold out arenas everywhere and garnered a 2017 GRAMMY® nomination in the category of “Best Pop Duo/Group Performance” for “Closer,” her seven times platinum megahit with The Chainsmokers. Her reign continues with hopeless fountain kingdom.

TOUR DATES: Tickets are on-sale now at http://www.hfktour.com. For every pair of online tickets purchased, fans will have access to redeem one physical copy of the new album hopeless fountain kingdom.
9/29 Uncasville, CT Mohegan Sun Arena