English band Clean Bandit played to the packed KL Live on 18th May, Thursday night, performing their signature blend of electronic and classical sounds on their show in Kuala Lumpur. The event started at 8 p.m with an hour-long opening act by Alextbh, the local RnB artist from Kuala Lumpur, Malaysia, opening the night with his hit ‘You’. The show proceeded to its main act at around 9pm. The crowd screamed to welcome the band members who appeared one by one on the stage, Clean Bandit kicked off the show with 2014 track ‘UK Shanty’, followed by another 2014 track ‘Stronger’, immediately sending the party vibes throughout the hall.

They continued the night with their other hits, ‘Extraordinary’, ‘Come Over’, to the more recent songs like ’Symphony’ and ‘Rockabye’ were also on their set list. The band members regularly interacted with their fans and showed off their musical skills by playing many instruments, including violin, as well as electronic drums. The crowd also played its part in the concert, singing along with the band, clapping hands in the air and dancing individually or in small groups making the hall a party scene.

After performing 15 songs, the band left the stage making it seem like the end of the show, but in just couple minutes they were back and the party atmosphere continued when the group started performing their other hit, ’Tears’. As the song ended, the iconic intro of ‘Rather Be’ which won the Grammy Award in 2015 for Best Dancing Recording, was played and the crowd went crazily enthusiastic again. There was definitely no place electronic music lovers would rather have been at that moment but right there, singing the song together to close one amazing night. 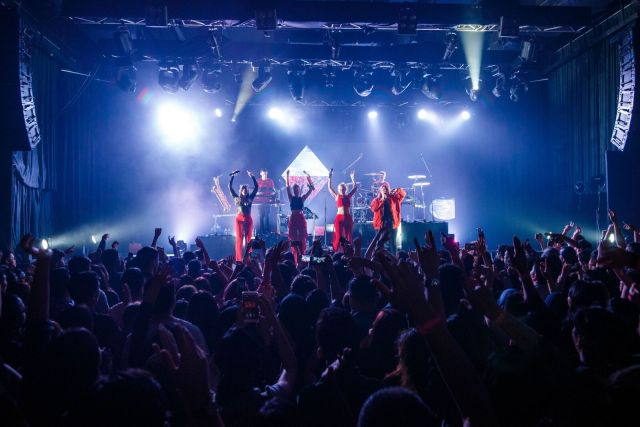